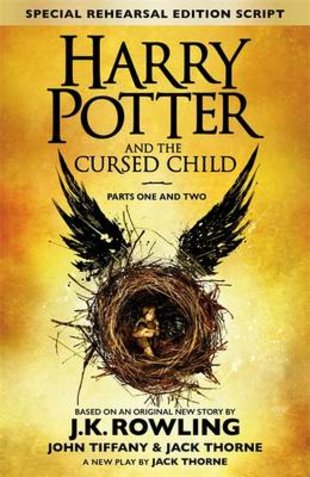 The script the entire planet is talking about, based on an original J.K. Rowling story. The magic isn’t over – it’s just starting! Being Harry Potter was never easy, and that’s not changed now that he’s all grown up. These days Harry is an overworked employee at the Ministry of Magic, with three school-age kids to provide for. But while Harry grapples with a past that refuses to stay where it belongs, his youngest son Albus struggles with the weight of his dad’s great legacy. As past and present fuse ominously, father and son both learn that sometimes darkness comes from unexpected places…

This Special Rehearsal Edition will be available to buy until early 2017, after which a Definitive Edition of the script will go on sale.