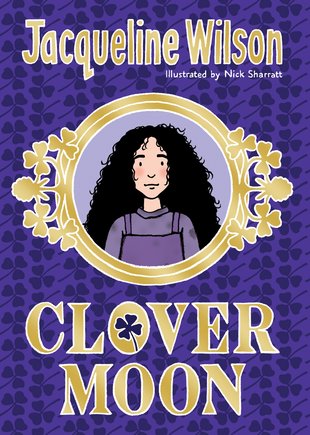 Even the title is gorgeous! If you love Hetty Feather, you’ll adore Clover’s tale of art and survival in Victorian times. Life isn’t easy in London’s poor back-alley slums. Clover’s rich imagination is her only escape. But when tragedy strikes, everything Clover loves about the place she calls home is suddenly gone. Is there a place she can run to? Will Clover have the courage to break free? Can she survive without her family, and find a new place to call home? Most importantly of all – will she get to meet Hetty Feather? Jacky tells all!

“An eye-catching gem… It is Hetty Feather for the next generation.” Lovereading4kids.co.uk

“Such a wealth of detail…. It portrays the trials and tribulations of life in Victorian England vividly.” Bookbag