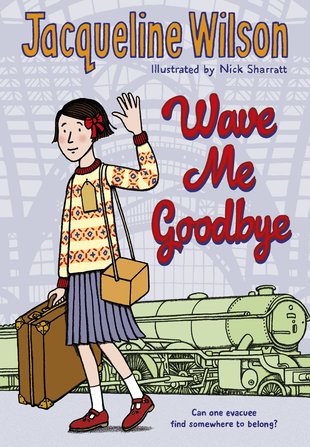 Jacky’s first ever Second World War story! The dreamy, touching tale of an evacuee leaving home and finding a new place to belong. It’s 1939. The war has just started, and ten-year-old Shirley is being sent away on a train with her schoolmates. She doesn’t know where she’s going, or what’ll happen to her when she gets there. All she’s been told is that she’s going on ‘a little holiday’. Soon Shirley finds herself billeted in the country, with two boys – Kevin and Archie – from the East End of London. But living in the strange, half-empty Red House, under the eye of the mysterious and reclusive Mrs Waverley, is an experience that will change Shirley forever…