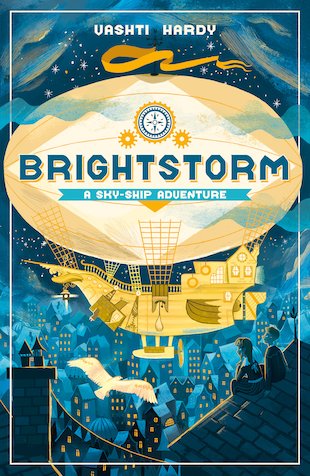 Steampunk bliss: flying ships, brave rescues, talking animals and dark secrets! A sky-soaring treat for fans of Cogheart. No human being has ever reached South Polaris, the bottommost wilderness of the world. Now word has reached Lontown that Arthur and Maudie’s father – a famous explorer – has died in the race to get there first. The awful news is bad enough, but it’s also stained with scandal. Their father has been accused of trying to steal fuel from his rivals! The twins know it can’t be true. How can they clear his name? They’ll have to launch an expedition on the majestic winged ship Aurora, on a quest full of danger, magic and dark villains…