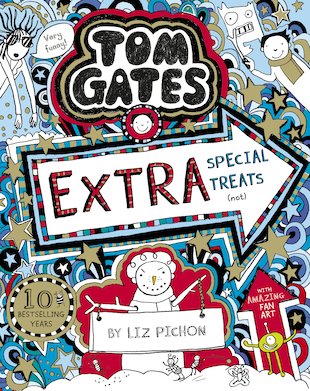 The sixth book in the bestselling series, from the brilliantly talented Liz Pichon.

It’s really cold outside and we’re all hoping it’s going to snow.

Derek and I could make a snow Rooster and have a snowball fight (look out, Delia!).

Granny Mavis has started to knit me a new winter jumper, but by the looks of things I’m not sure it’s going to fit…