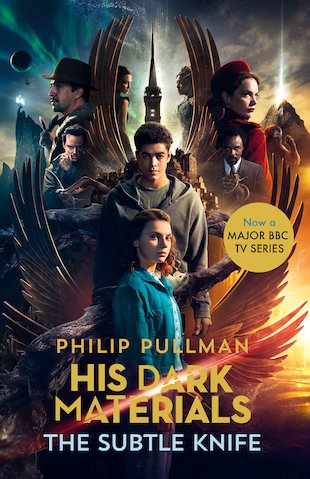 Will is twelve, and he’s just killed a man. Now he’s on the run, determined to discover the truth about his missing father. But as he races through the streets of Oxford, desperately seeking sanctuary, he steps through a window into another world. Cittagazze is a strange and unsettling place, where soul-eating Spectres haunt the city streets, and the wingbeats of distant angels sound against the sky. Here, the eerie Torre degli Angeli hides a powerful and secret object that people from many worlds would kill to possess. Then Will finds himself with a companion: a strange, savage girl called Lyra who is searching for something called Dust…

‘The most ambitious work since Lord of the Rings... as intellectually thrilling as it is magnificently written.’ Amanda Craig, New Statesman