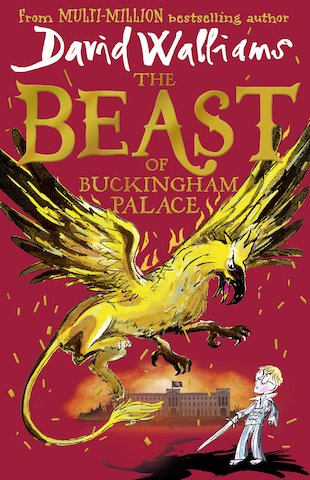 The Beast of Buckingham Palace

The brilliant new David Walliams hardback! Fast forward into the future in this magical fantasy! The year is 2120. London is in ruins. The people are hungry. Darkness has fallen across the entire world. Prince Alfred, a sickly and bookish kid of twelve, has never left the safety of Buckingham Palace. But now strange horrors are stirring inside the palace walls. In the dead of night, something terrible stalks its dark corridors. And then Alfred’s beloved mother, the Queen, is dragged off to the Tower of London. Evil forces are at work. Soon Alfred must battle the Beast of Buckingham Palace to save his mother, and the entire world…