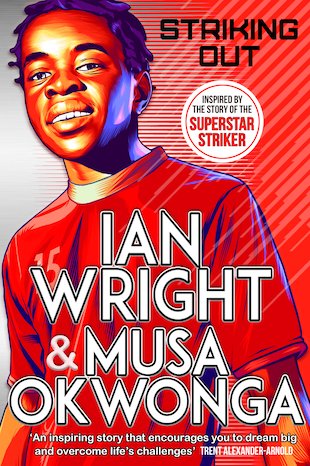 Striking Out: The Debut Novel from Superstar Striker Ian Wright

From the winning writing team of Ian Wright and Musa Okwonga. Inspired by the story of the superstar striker, Ian Wright.

Thirteen-year-old Jerome Jackson dreams of becoming a world-class footballer. But with a difficult home life, Jerome can’t see how he’ll ever make this dream come true; until he meets a mentor figure who can hopefully put him on the right track.

Ian Wright is one of the UK’s all-time leading goal scorers. He’s lifted the Premier League title, The FA Cup, the European Cup Winners; Cup and won the Premier League golden boot. Musa Okwonga is an author, poet, journalist and musician; he is a co-host of the Stadio football podcast.