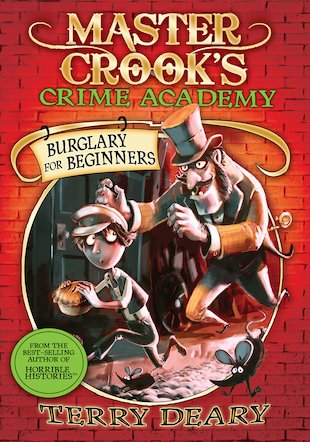 Come to the school where scoundrels save the day! At Master Crook’s Academy, top thieves teach you how to rob the rich and give to the poor. And now that new boy Smiff Smith is enrolling, he knows that his life will never be the same again. Mayor Twistle is one of the richest men in Wildpool. But when it comes to helping the poor, his hands are kept firmly in his pockets. Now Smiff has the job of robbing the mean Mayor. But he has no idea what adventures lie in store for him – or the danger he’s about to face… First in a hilarious new series from Horrible Histories author Terry Deary, this book is so funny it should be illegal!