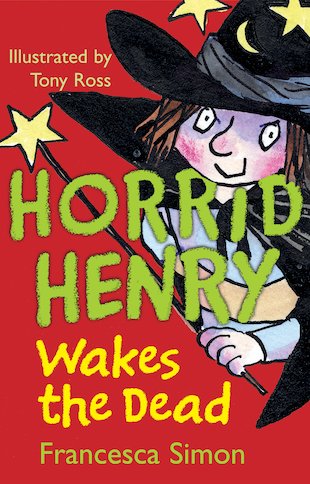 He’s terrorised his teachers, bullied the babysitter and left all his classmates cowering. But Horrid Henry’s latest hullabaloo is enough to wake the dead! Our tiny terror has found a surefire way to wield the remote control so that he always watches the programme of his choice. And that’s not all. He goes face-off with Moody Margaret to become the head of the school, conjures up mayhem as a magician in the school talent show – and almost has a fight to the death with Perfect Peter over who gets the green dinosaur and who gets the purple one!