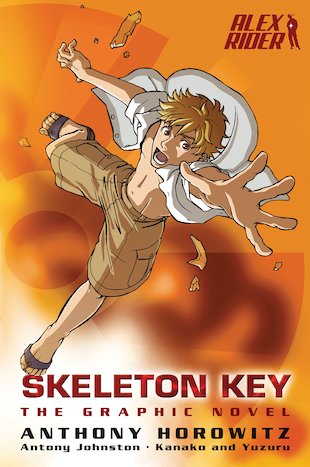 Now in a slamming graphic edition, Alex’s gripping third adventure! Sharks. Assassins. Nuclear bombs. Alex Rider’s in deep water. On an island paradise off the coast of Cuba, insane Russian General Sarov is hatching explosive plans to rewrite history the nuclear way. Teenage superspy Alex Rider has the job of stopping him. Alone, equipped with just a handful of ingenious gadgets, Alex must outwit a crafty madman’s mind, as the seconds tick down towards the end of the world…