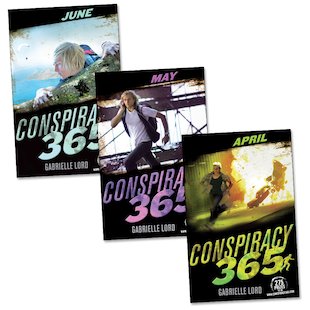 Callum has hit rock bottom. He’s lost the only clues he had to the Ormond Singularity. Now, trapped in a prison for the insane, he’s lost his identity too. He must escape and carry on his father’s quest for truth. But how? As April turns into May, and June arrives with only half the year left, he will be mauled by a lion, attacked by sharks, and forced to confront his destiny time and time again…