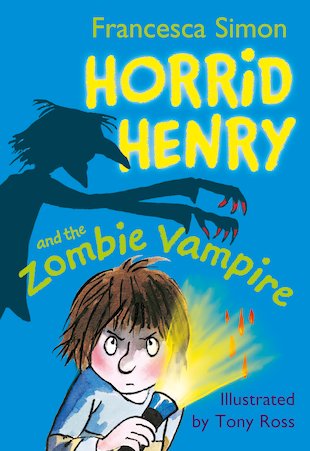 Four hilarious new stories! A spooky sleepover in the museum is Horrid Henry’s big chance to scare his classmates – and he proves to be on top horrid form! Next he tricks Perfect Peter into handing over all his pocket money, and gets out of writing his own story for Miss Battle-Axe by stealing one of Peter’s. But it’s Henry’s turn to quake when a celebrity chef, the Nudie Foodie, comes into school to launch his new healthy school dinner menu. No more burgers! No more chips! What will Horrid Henry do?