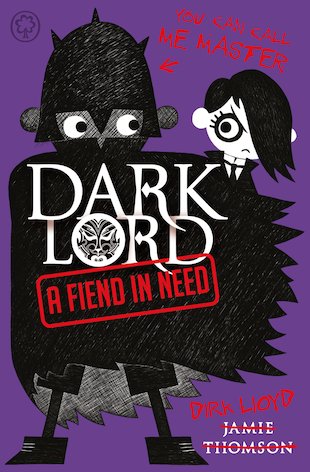 Dark Lord: A Fiend in Need

“Salutations, wretched minion! It is I, the Great Dirk, destroyer of worlds… My loyal servant Sooz, child of the night, is trapped in the Darklands. The horror! It is vital that I return there before she causes too much trouble…”

Newly installed as the Dark Mistress of the Dark Lord’s dread kingdom in the Darklands, Sooz, a thirteen-year-old from Surrey, immediately sets about redecorating the Dark Tower to suit the tastes of a young girl. But when an army of fanatical paladins and war-hungry orcs march against her, Sooz finds herself facing a challenge. Despite centuries of hostility to each other, these beasts would rather form an alliance than accept Sooz’s new regime and nauseating design sense. And what of Dirk? He is still slaving away at school, plotting ways to rescue her. Can he stop the monsters – before it’s too late?