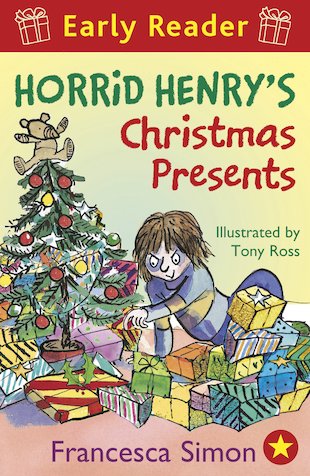 It’s Christmas, but selfish little terror Horrid Henry isn’t in the mood for giving. And then he has a brilliant idea. Who says he has to BUY people presents? After all, isn’t it the thought that counts? Split your sides as tight-fisted Henry uses his devious imagination to create some truly yucky seasonal surprises. It’s a not-so-merry Christmas that his horrified family will never forget! A favourite Henry story in a short chapter book for budding readers, now with fantastic colour illustrations.