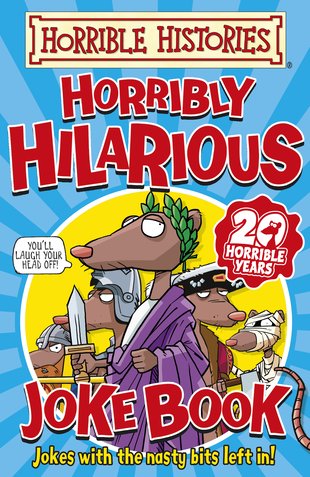 Nutty, nasty and very funny – all with a wicked historical twist. Totally badass. Yes: it’s a yucky joke book from the Horrible experts. A comical caper packed with nasty bits from the people who do nasty best. Putrid puns and cruel gags to make you moan with laughter and chuckle your head off. So horrible it hurts. What else would you expect?