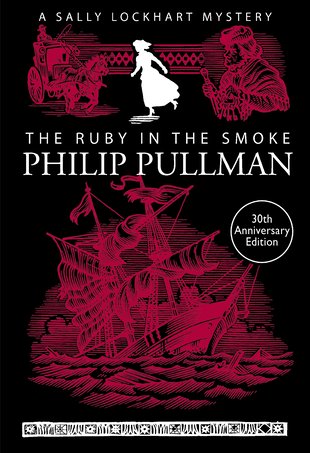 A Sally Lockhart Mystery #1: The Ruby in the Smoke

Blood-and-thunder Victorian (with just a touch of steampunk) bliss by a genius we’d sell our souls to write like. Sally rides like a Cossack and shoots like a demon. Our kind of heroine, then. It all starts here. Sally’s first mystery. It begins with a death: her father has drowned at sea. Then Sally receives an anonymous letter. The dire warning it contains makes a second man die of fear at her feet. How did her father really die? The search for the truth plunges Sally into a terrifying mystery at the dark heart of Victorian London. One that reaches from a Maharajah’s Indian palace to the opium dens of China. At the centre of which glitters a deadly blood-soaked jewel…