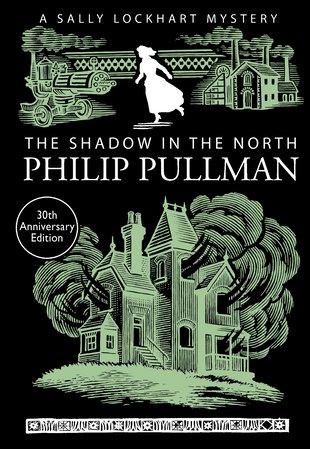 A Sally Lockhart Mystery #2: The Shadow in the North

Blood-and-thunder Victorian (with just a touch of steampunk) bliss by a genius we’d sell our souls to write like. Sally rides like a Cossack and shoots like a demon. Our kind of heroine, then. In this second mystery, Sally is now in her early twenties: an entrepreneur and expert financial advisor. Amid the mist-shrouded streets of Victorian London, Sally hears rumours of the strange disappearance of steamship Ingrid Linde. As she looks into the loss, a clairvoyant speaks the name of Europe’s richest man. Who is financier Axel Bellmann? Why has catastrophic bad luck struck the Anglo-Baltic shipping line? Finding out will take Sally on a deadly journey into the black heart of evil…