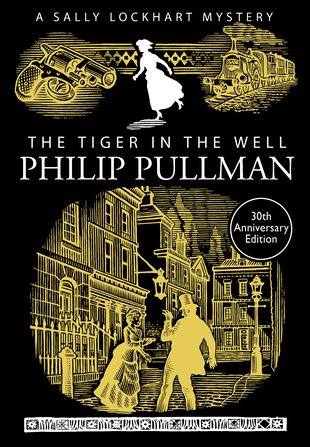 A Sally Lockhart Mystery #3: The Tiger in the Well

In a respectable tea shop in London, a girl with a pistol is holding off three men. Sally Lockhart is fighting for her child – a child who is suddenly not hers any more. Sally is unmarried, but she receives divorce papers from a man she has never even met. Who is this evil stranger? His trap is so well-laid that she cannot disprove his lies. Now he has been given custody of her precious daughter. Sally doesn’t know who her foe is, or why he wants to destroy her. But she’s ready to fight to the death… Blood-and-thunder Victorian (with just a touch of steampunk) bliss by a genius we’d sell our souls to write like. This girl rides like a Cossack and shoots like a demon. Our kind of heroine, then.