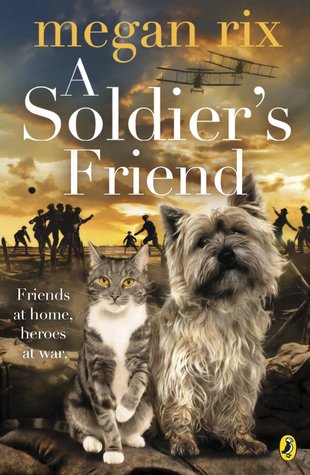 The brilliant Megan Rix gives Michael Morpurgo a run for his money. A dog and a cat in the WWI trenches: seriously epic. This book isn’t War Horse, but it does have its very own four-legged heroes. They’re smaller, cuter and fluffier too. One is a dog named Sammy: a football-crazy rescue puppy who looks like a fast-moving shaggy carpet. The other is Mouser: a fearless grey tabby cat. They were friends at home. Now, as the war rages in Europe, they are sent to the Western Front to help the soldiers. Under fire and in constant danger, these unlikely friends refuse to be parted by war…