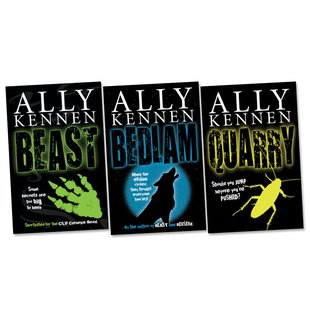 The boy with a beastly secret. The human monster going berserk. And the terrible truth that’s buried inside Bedlam. Three chilling mysteries! How long can juvenile delinquent Stephen hide his hungry ‘pet’: a monster that lives in the depths of a reservoir, known only to him? When troublemaking Chas decides to make friends with a murderer, will he live to regret his decision? And when Lexi arrives at her mother’s sleepy village, she thinks she might die of boredom. Until the midnight howling starts… Give yourself a short, sharp shock with breathtaking, topical fiction from a rising star who has been nominated for the Carnegie Medal and the Guardian Children’s Fiction Prize.