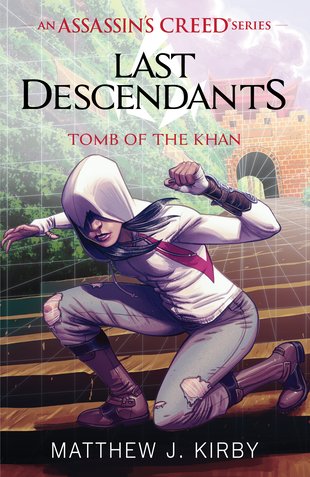 The second storming YA novel from inside the epic game world! It’s been two weeks since Owen and a gang of teens found a piece of the legendary Trident of Eden. Oh – and two weeks since someone stole this powerful relic from right under their noses. Two warring secret factions – the Assassins and the Templars – both really wanted that relic. Now neither of them can have it. The good news: there are still two pieces of the Trident left to find. But which side is Owen on? And who will find the next piece of the Trident first? Now Owen’s caught up in a race that takes him deep into the past: to the battlegrounds of Mongol warlord Ghengis Khan…