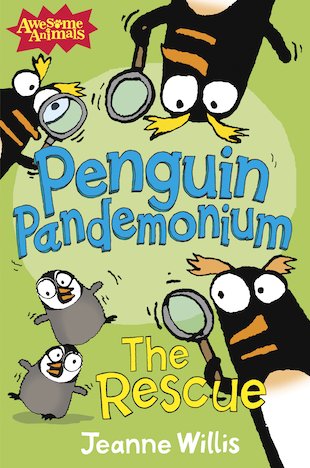 When two baby penguins are kidnapped during a snowstorm at City Zoo, Rocky is distraught. It’s all his fault! Now he and his plucky penguin pals must stage a daring rescue mission, breaking out of their enclosure and bringing the chicks home. They hang out with cheeky monkeys and fish for clues in the aquarium – but can they avoid being spotted by a hungry leopard? And how on earth will they rescue the chicks without anyone finding out? A fast-paced adventure full of fun, fish and flippers from the irrepressible Jeanne Willis!

“This book is witty and wonderful.” The Liverpool Echo