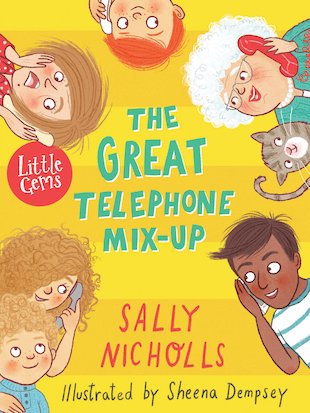 When the village phone wires get crossed after a storm, there’s a lot of confusion and plenty of missed connections. Margaret can’t run her summer fair., Jai can’t speak to Aditi. Will is rather happy, because no one can tell his mum how much trouble he’s in! Can the villagers learn to love their neighbours? And could the great telephone mix-up really be a blessing in disguise?