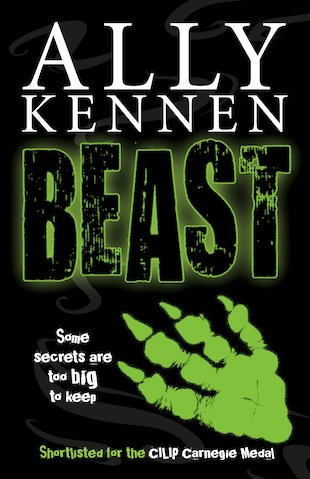 In the depths of a reservoir lives a monstrous creature. Its existence is unknown to anyone – except Stephen. Six years ago it was a vicious little baby. Now it’s a raging and murderous beast. And its rusting cage can’t hold it much longer… Dumped in foster care, hooked on trouble, Stephen’s life is a festering mess. He’s a boy with many secrets, but the Beast is the biggest. He’d like to change, but how can he do that till he’s free? Will Stephen ever be rid of the Beast? The Manchester Book Award-winning debut of author Ally Kennen, Beast chillingly combines psychological horror with a taut and terrifying real-life mystery.