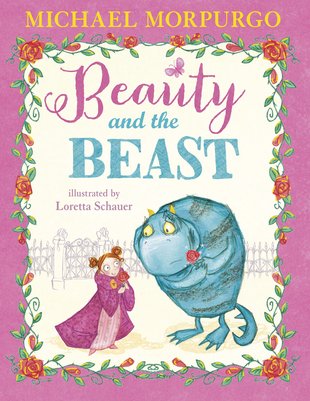 Beauty and the Beast

Fall in love all over again with this timeless fairy tale, now beautifully rewritten by a champion of children’s literature, Michael Morpurgo.

After encountering a fearsome beast at a mysterious palace, down-on-his-luck merchant Marco makes a promise in exchange for his life: he must persuade one of his three daughters to return to the palace in his place. Sweet-natured Belle agrees at once, anxious to secure her father’s welfare. She goes to the palace, where she lives peacefully with the beast, who repeatedly asks for her hand in marriage. Belle’s affection for the creature who has treated her so kindly grows, despite his fearsome appearance. But when she returns home to seek her father’s blessing for the marriage, she is thwarted in her plans by her cruel and jealous sisters. Will Belle follow her heart before it is too late – and can the lonely beast ever really be granted true love?