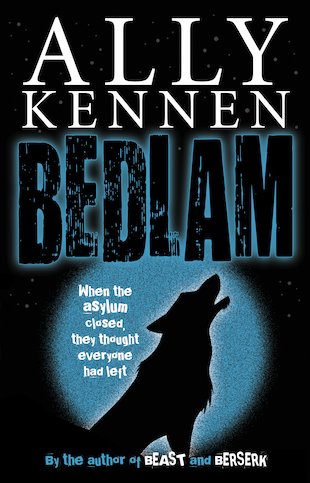 When they closed the lunatic asylum, they thought everyone had left...

When sixteen-year-old Lexi arrives at her mother’s sleepy village, she thinks she might die of boredom. Until the midnight howling starts. Is the asylum in the woods haunted? Or is some other horrible thing out there? Lexi finds out on the fateful day that she follows her mum’s dog into the woods and stumbles across the abandoned asylum. Out in the woods is something very real. Something very shocking indeed… The third heart-stopping novel from award-winning author Ally Kennen. If you’ve read Beast and Berserk, get ready. It’s time for Bedlam!