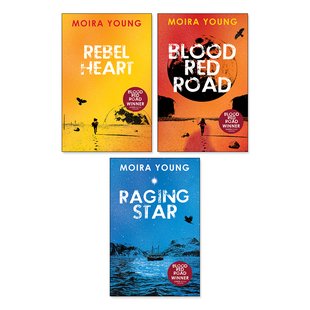 An award-winning series that’ll sink its teeth into you like an angry pitbull. Thrill to the beat of its powerful red-blooded heart. Saba’s twin is golden. She is his dark shadow. He is strong and beautiful; she is scrawny and sullen. But nothing will separate them. Raised in the dusty wasteland of Silverlake, Saba can’t even imagine the violent, lawless world beyond. But when her twin brother is snatched by black-robed riders, she sets out on an epic quest to rescue him… Imagine the bare-knuckle violence of The Hunger Games in the scorching desert landscape of High Noon. That’s this brutal saga. Blood, murder, desert revenge.

“A shot of pure adrenalin. Exuberant, exciting and charged with emotion.” The Times