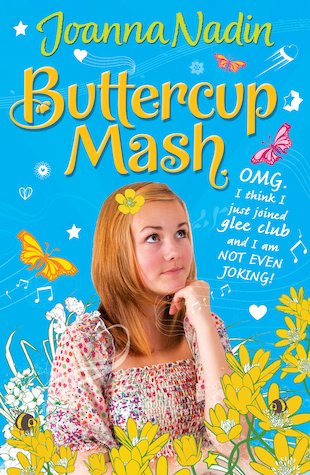 “OMG. I think I just joined glee club and I am NOT EVEN JOKING!”

Buttercup has ISSUES. Her family’s dysfunctional, her best friend’s a drama queen and she doesn’t even know who her dad is! What’s a girl to do? Isn’t it obvious? Join the school glee club, embarrass the hell out of yourself singing rock ballads and dancing like a demented hamster on a sugar rush, and write a diary for an internet shrink about your messed-up life. OK, well perhaps YOU wouldn’t… but Buttercup does! The mash-ups at the glee club are nothing compared with the mash-up of Buttercup’s life! A hilarious and touching tale from bestselling author Joanna Nadin.

Praise for the Rachel Riley series:

“Nadin achieves the rare trick of producing a book that will make both adults and teenagers laugh aloud.” Observer