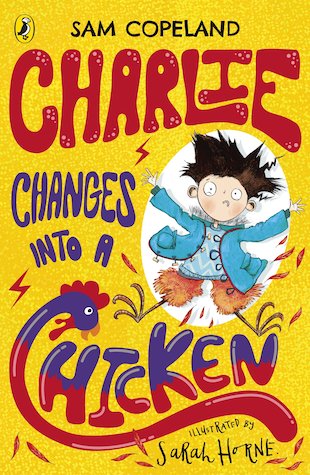 Charlie Changes into a Chicken

Aarrgh! Think being called chicken is a nightmare? Imagine actually turning into one! Charlie McGuffin has a secret. He’s started changing into animals. All sorts of animals: a flea, a pigeon, even a rhino. Trouble is, he can’t control when. It only happens when he gets worried. And right now, Charlie has lots to worry about. His brother is in hospital. His parents are panicking about it. The school bully has Charlie in his sights. And he’s got a role in the school play. Charlie really isn’t keen on changing into a chicken on stage, in the middle of the performance! How will he deal with his crazy new powers?

“The best kind of silly.” Observer