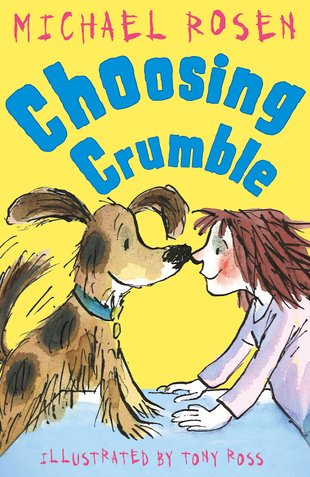 Woof! Michael Rosen, Tony Ross… and a special dog who needs an owner. You. Have you ever dreamed of choosing your perfect pet? If you’re anything like us, we bet it’s one of your favourite daydreams. Well – in this book, Terri-Lee thinks she’ll be choosing a dog. But this dog thinks he’s choosing HER. Crumble is no ordinary dog, and he’s got a few questions to ask. How many walks will you take me on? Do you like to dance? Will you tickle me? (Crumble likes that a lot.) Such a lovely funny story by Michael Rosen, plus the cutest pictures. We’re definitely taking this book home!