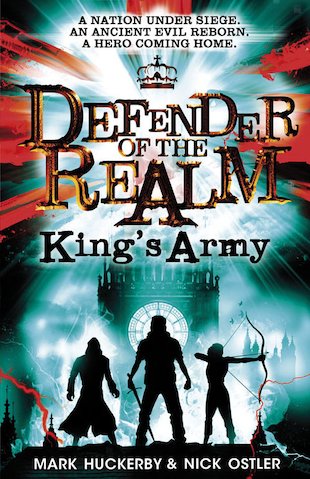 Defender of the Realm #3: King's Army

Royal superhero King Alfie isn’t feeling all that super right now. Well, how would you feel if you lost your whole kingdom to your evil nemesis? He’s still licking his wounds from his disastrous battle against the terrifying Black Dragon. Now the UK is under the cruel control of dark forces. So much for defending the realm. (Sigh.) ‘Lord Protector’ Lock is spreading his tyranny far and wide. That’s bad enough. But it’s the undead Viking invaders and monstrous berserkers that really have Alfie worried. Obviously, he needs to raise an army and take his country back. But isn’t that a bit too obvious? What if he’s walking straight into a trap?