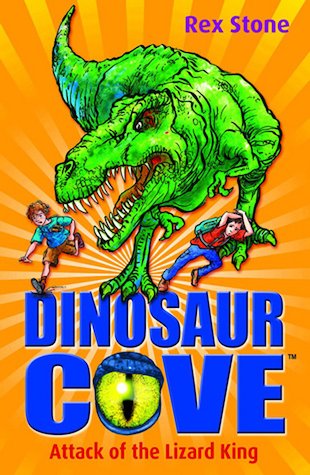 When Jamie moves to Dinosaur Cove with his father, he’s looking forward to doing some fossil-hunting on the beach. And when he and his friend Tom discover a seaside cave filled with fossilised dinosaur footprints, it takes them to another world… a world of dinosaurs. In this secret place, the boys wander into an amazing prehistoric landscape of strange creatures, mysterious fungi and fruits which smell like sick! But when the ground starts to shudder, the boys know they’re in BIG trouble. Tyrannosaurus Rex has spotted them – and he’s coming their way!