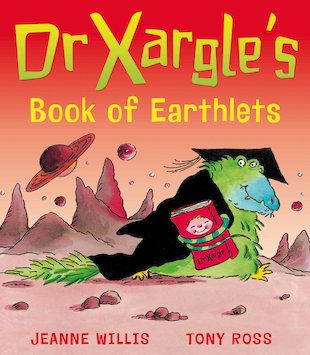 “Good morning, class. Today we are going to learn about Earthlets.”

In this way, Dr Xargle, our friendly alien teacher, starts to teach his class about human babies. They must be wrapped in hair of a sheep to keep them warm. They eat egg-mangle from a prong. And they spend all day covering themselves in mud, banana and the fur of creatures called Tibbles and Marmaduke. Have you ever heard of anything so weird? Chortle along as Dr Xargle teaches his class of baffled little aliens about stinky baby Earthlets and their peculiar habits!