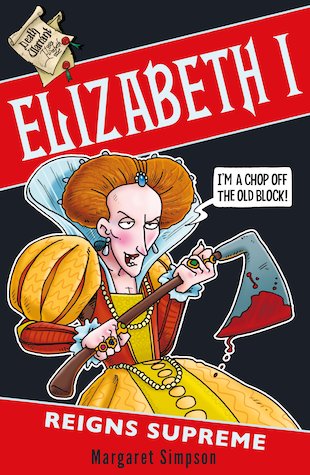 Meet the woman behind the big red wig! You might already know some of the things that Queen Elizabeth I is famous for. Such as: being called the Virgin Queen, making black teeth fashionable, sending the Spanish Armada packing, and refusing to marry. But did you know her reputation was nearly ruined when her boyfriend’s wife was found dead at the bottom of the stairs? Or that she changed our world in all kinds of massive ways? Elizabeth might be dead, but her legacy is still alive and kicking!