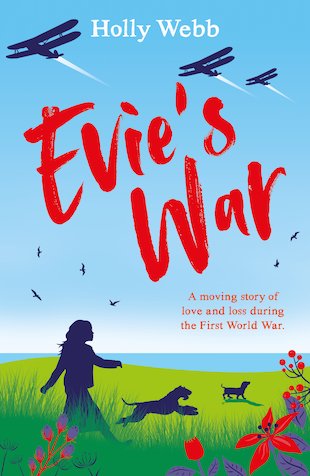 Glorious stuff from Holly! When the First World War comes to Whitby, things are lost, found and utterly changed… It’s 1914. Britain is on the cusp of war, but in the seaside town of Whitby, Evie’s family has already been touched by tragedy. As they mourn the death of Evie’s younger brother, Alexander, her big brother David distracts himself with fantasies of fighting. But when war breaks out for real and David enlists in the army, Evie’s heartbroken mother must face her terror of losing another son. The struggles and sacrifices of the war effort lie ahead for all of them, but at least Evie and her parents are safe in Whitby. Aren’t they?