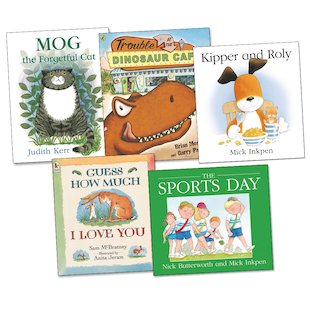 Five cute and funny picture book favourites from some of our best-loved children’s authors, including Mick Inkpen, Nick Butterworth and Judith Kerr. This wonderful selection brings together noted classics and some more recent delights, and will introduce young readers to truly timeless characters such as Kipper and Mog the cat. A fantastic way to enthuse little readers and build up your library!