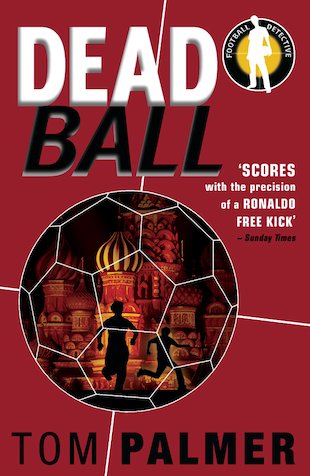 Russian billionaire Dmiti Tupolev and a mystery Englishman agree to fix a big match in Russia’s favour. They intimidate the England goalie, Alex Finn, telling him to drop the game – or else. But Alex disobeys, and England win one-nil. And soon afterwords, Alex is hurt in an ‘accidental’ car crash…

Danny is on a work experience placement with a local newspaper, working with football journalist Anton Holt. Young sleuth Danny can tell that something is wrong within the England team – but what? As he chases the story, he’s soon caught up among the ruthless criminals of the footballing underworld, racing through the dingy, dangerous backstreets of Moscow. A breakneck football thriller full of twists and turns.

“Scores with the precision of a Ronaldo free kick” Sunday Times