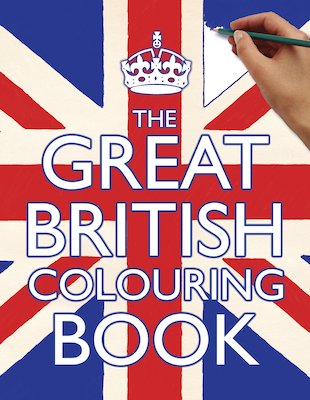 Celebrate everything that’s great about Britain in these cool colouring scenes, from bright red buses to iconic London landmarks and people having tea! It’s been a big year for Britain, buoyed up with the excitement of the Diamond Jubilee and the 2012 Olympics. This book lets you make a personal record of all the best things about Cool Britannia in dozens of striking and stylish colour-in scenes. First stop: London, where you’ll find Big Ben and the Houses of Parliament, the London Eye, the changing of the guards, Kew Gardens, Buckingham Palace and the dinosaur hall of the British Museum. Roam further afield to check out attractions including Stonehenge, Edinburgh Castle and the Angel of the North. Or bring to life the daily nuts and bolts of British existence, including flags, money, food, umbrellas and – of course – tea!