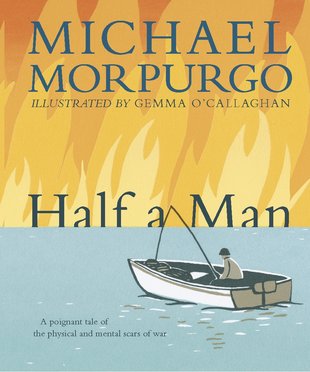 Nobody makes us feel the pain of war like Michael Morpurgo. What does it do to a man? The stunning new colour novel in EXCLUSIVE paperback. Michael loves his grandfather, but he’s afraid of him too. Grandpa’s ship was torpedoed in the Second World War, leaving him with terrible burns. Whenever they meet, Michael is warned by his mother not to stare; never to ask about the past. But as Michael grows up, he gets to know the real story – and the real man – behind Grandpa’s injuries. Can the scars of war ever be healed?