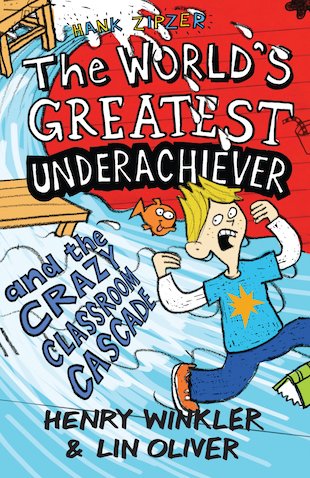 Hank Zipzer would rather ski down Mount Everest – backwards, blindfolded and naked – than do homework. According to Hank, there are all sorts of reasons why he shouldn’t have to do it. Every pen he owns has run out of ink, his thoughts are controlled by alien beings, his fingers stick together when he writes, and he’s allergic to lined paper! Or could it just be that Hank has dyslexia and doesn’t want to look stupid? Luckily, Hank has a plan to change homework forever. School will never be the same again! And indeed it won’t, when Hank’s plan ends in chaos and he accidentally floods the entire classroom…