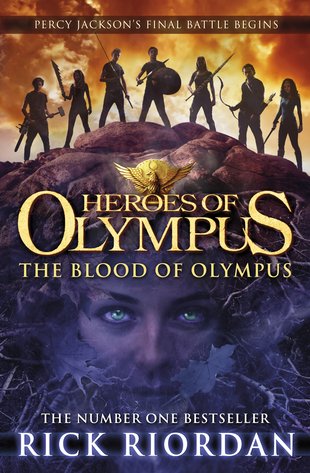 It’s the end. The end of the world, that is. Percy serves up the Earth Mother of finales. Have you seen that crazy online video of a guy standing inside a volcano? This is like being in that volcano when it begins to blow. We all like a good climax, but this is ridiculous. Button up your lava suit and pray to survive. Gaea’s giants have risen. No one can hold them back. Plus, the other gods have been struck with multiple personality disorder. Oh dear. Looks like the hard work will be left to the kids again. From Olympus to Long Island, the Greek and Roman demigods face a battle for the world. If they can’t win? Then it’s curtains. Finito. Bye-bye.