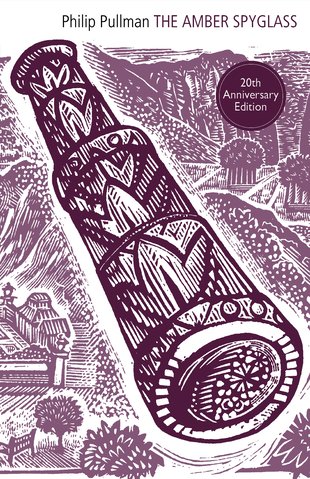 His Dark Materials #3: The Amber Spyglass

Will and Lyra, whose fates are bound together by powers beyond their own worlds, have been violently separated. But they must find each other, for ahead of them lies the greatest war that has ever been – and a journey to a dark place from which no one has ever returned. How will Lyra and Will survive the terrible sacrifices and challenges placed before them? And as conflict explodes between the worlds and Heaven, what is the knowledge they must seek to bring their long quest to a close? The soul-shaking finale to Philip Pullman’s masterful His Dark Materials trilogy.