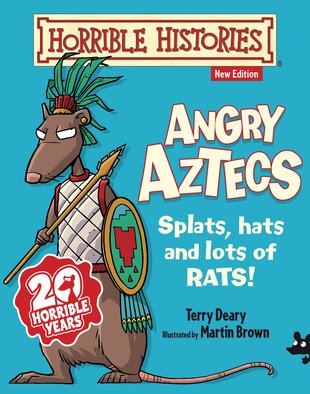 Fatter. Funnier. And with bigger pics. A new chunky edition: the same historical splattering of laughter, blood and gore. Like your history horrible? (Course you do, or you wouldn’t be here.) Then meet the Angry Aztecs: a Mexican tribe with a real knack for being totally gross. Gruesome gods. Seriously savage warriors. Terrible temples where freaky Aztec priests ripped out human hearts. Even their ball games came to a bloody end. This is history with extra nasty bits!