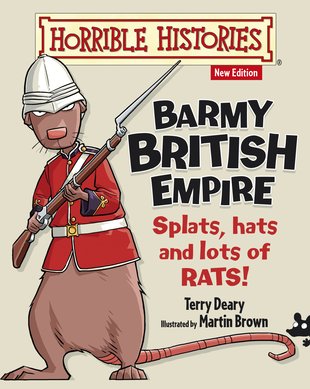 Fatter. Funnier. And with bigger pics. A new chunky edition: the same historical splattering of laughter, blood and gore. Say hello to the Barmy Brits. Lots of countries beat them at football. But no one beats them at horrible history. Were the Brits happy sitting at home being yucky? Oh no! They spread their weirdness all around the world. Which involved: a massive Empire. Cruel conquerors. Savage slavers. Rotten rebels. Wearing a necklace made of 50 human skulls. Using a coffin as a wardrobe. Told you they were barmy!