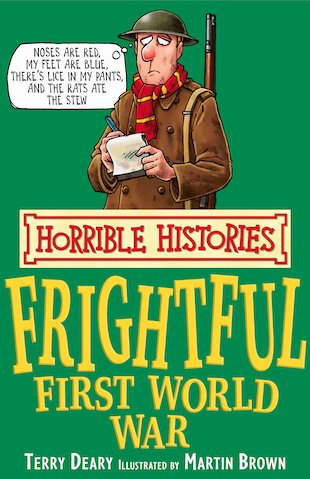 The First World War was a war fought on a global scale: a war so terrible and deadly that they called it ‘the war to end all wars’. From foot soldiers drowning in mud to fighter pilots being blown out of the sky, it was absolutely hideous from start to finish. So if you like your history horrible, this is the book for you! Find out:

Get all the frightful facts about the First World War – with all the gore and more!