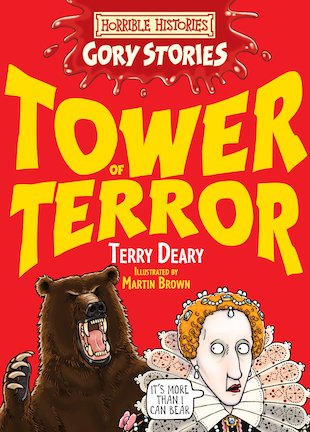 Queen Elizabeth I is dying, and London is in turmoil. Desperate to escape the dangerous Tudor streets, Simon runs away to the royal palace. But far from being the safe haven that he’s expecting, it turns out to be a world of treason, trickery and torture. To avoid a traitor’s death in the bloody Tower of London, Simon will need Moll’s help. But can he really trust his mysterious accomplice? A terrible Tudor adventure groaning with gore – and more!