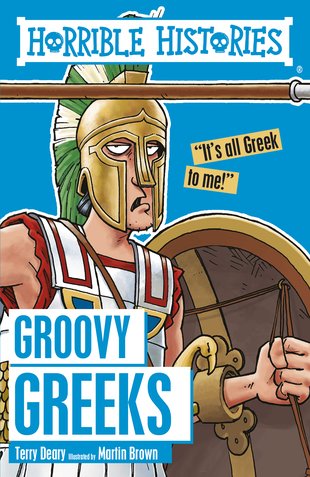 The classic bestseller – now with a nastier new look! No more boring nice-guy nonsense about history. It’s time to learn it the horrible way. The Ancient Greeks were a rather groovy bunch. Boys didn’t start school until they were seven, and girls didn’t have to go at all. Greek children played all manner of cool games. So the jealous grown-ups invented the Olympics, where all the men ran about naked! But all the same, things weren’t always quite so jolly. Munching on ear wax? Inventing school? Melting people to death? The Greeks did them all.