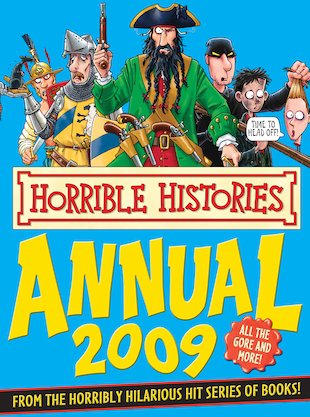 The Horrible Histories annual is back, busting holiday boredom yet again! Filled with treacherous tyrants, brutal buccaneers, evil emperors and violent villains, it’s full of foul folk you wouldn’t want to meet in a dark alley – but who are great to read about on a dark winter’s night. From the awesome Ancient World to the monstrous Middle Ages, and from the sinister 1700s to the terrible 20th Century, discover the beastliest battles, the deadliest diseases and the rowdiest revolutions. There’s enough nasty bits in here to make you howl with glee – but aren’t you lucky that you live in the not-so-nasty now?