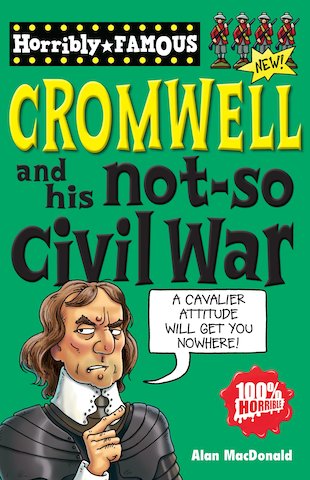 You’ve probably heard of Oliver Cromwell. He is dead famous for: giving King Charles I the chop, clobbering Cavaliers with his Roundheads, and having some rather revolting warts. But did you know that Oliver cancelled Christmas and banned swearing, went to a party covered in poo – and was hanged and beheaded after he died? Yes – even though he’s dead, Oliver’s still full of surprises!